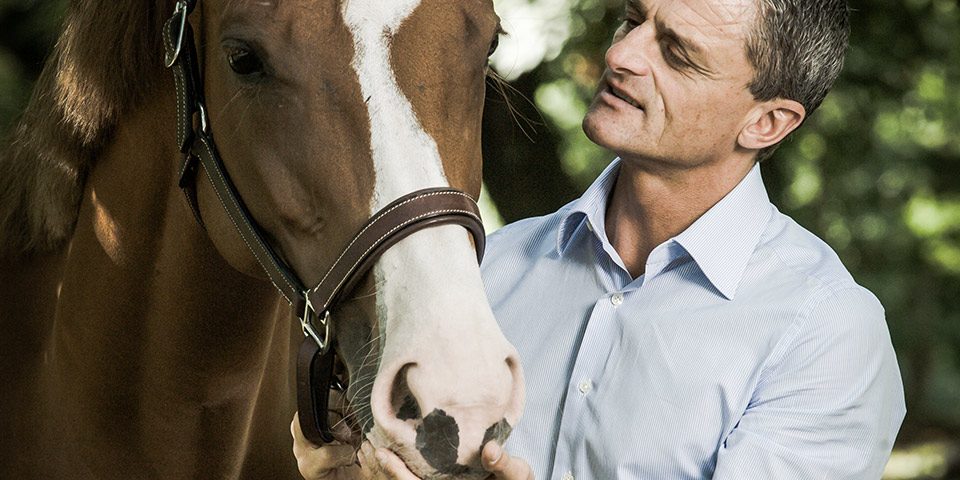 There are moments in life that are important, and 2017 is such a moment that has been noted in my diary for a long time.

In effect, when we arrived at Rouillac in January 2010 I started to write the first pages of a new family history. I had a vision and an ambition for this majestic historic domain that was, at that time, in a deep slumber. My project was to consider the following 7 years as the time required to put Rouillac back on the rails. The year has begun and already promises to be festive, a time when things come together. But why 2017 ?

There are several reasons. First of all, it seems to me that 7 years is a sufficiently long period to begin to measure the impact of our actions on one of the most important elements in a vineyard, i.e. the terroir. Converted in totality to natural environment-friendly agriculture in 2010, the terroir of Rouillac is now beginning to react naturally, giving its best elements to the fruit, which in turn

enhances the contents of the bottle.

2017 is a big anniversary year. First of all it was my father’s 80th birthday on January 17th. It was he who handed down to me the winemaking genes that came from my grandfather and who tranferred to me the fundamental values that give me the energy and the courage to go ever forward. However, time flies…,

2017 is also the 30th anniversary of the creation of the magnificent Pessac-Leognan appellation, which will be celebrated by different events this year. In less than 30 years the vision and the self-sacrifice of André Lurton and the wine-producers who make up the appellation have raised Pessac-Leognan to the level of the most prestigious of the Bordeaux appellations.

2017 is a year of Vinexpo, the foremost international wine fair. The beautiful city of Bordeaux is getting ready to receive the whole world in order to continue as the light that leads the field in what is its principal economic activity. Over the last few years Bordeaux has become France’s favourite city and is one of the favourite destinations for foreign tourists. Wine-based tourism is growing fast and Chateau de Rouillac, after obtaining the “Best of International Wine Tourism

Award” in 2014,  is today one of the most sought-after visits. All this goes to say that when you have an ambitious vision, when you are generous and have the determination to see a project through, then things can change…

2017 is, therfore, a time when the beginning of a life adventure draws to an end, a period during which we have together continued our personal construction. We decided that this life, so familiar yet so mysterious, will be a long one at Chateau de Rouillac, dependant on the rythm of the seasons,

and that each and every day would be a happy one.