Pruning to prepare the 2017 vintage 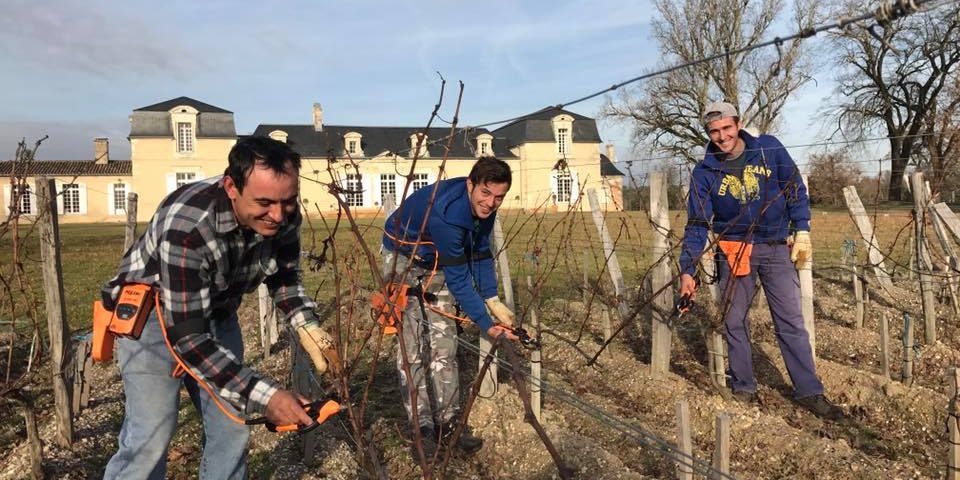 Starting on December 5th 2016 our staff in the vineyard, André, Nuno, and Georges, have been pruning the vines. The origin of this ancestral operation that is essential for quality production is the appetite of……a donkey !,

In effect, in antiquity vines were never pruned. One day a winegrower realised to his horror that his donkey had eaten the previous year’s vine shoots. However, at the following harvest he saw that his grapes were equally abundant and of better quality. Since then the work in the vineyard has evolved greatly but the principle of pruning remains the same.

This year our hard-working team in the vineyard have been provided with the latest generation of secateurs, giving greater precision and making it much more comfortable for them to prune the 160,000 vines at Rouillac.